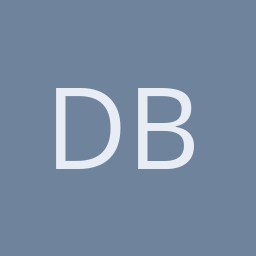 The third moment skewness ratio Skew is a standard measure to understand and categorize distributions. However, its usual estimator based on sample second and third moments is biased very low and sensitive to outliers.  Thus, we study two alternative measures, the Triples parameter of Randles, et al. (1980) and the third L-moment ratio of Hosking (1990). We show by simulation that their associated estimators have excellent small sample properties and can be rescaled to be practical replacements for the third moment estimator of Skew.

In unreplicated two-way factorial designs, it is typical to assume no interaction between two factors. However, violations of this additivity assumption have often been found in applications, and tests for non-additivity have been a recurring topic since Tukey's one-degree of freedom test (Tukey, 1949). In the context of randomized complete block designs, recent work by Franck et al. (2013) is based on an intuitive model with "hidden additivity," a type of non-additivity where unobserved groups of blocks exist such that treatment and block effects are additive within groups, but treatment effects may be different across groups. Their proposed test statistic for detecting hidden additivity is called the "all-conguration maximum interaction F-statistic" (ACMIF). The computations of the ACMIF also result in a clustering method for blocks related to the k-means procedure. When hidden additivity is detected, a new method is proposed here for condence intervals of contrasts within groups that takes into account the error due to clustering by forming the union of standard intervals over a subset of likely congurations.

The Wilcoxon Rank Sum is a very competitive robust alternative to the two-sample t-test when the underlying data have tails longer than the normal distribution. Extending to the one-way model with k independent samples, the Kruskal-Wallis rank test is a competitive alternative to the usual F for testing if there are any location differences. However, these positives for rank methods do not extend as readily to methods for making all pairwise comparisons used to reveal where the differences in location may exist. We demonstrate via examples and simulation that rank methods can have a dramatic loss in power compared to the standard Tukey-Kramer method of normal linear models even for non-normal data. We also show that a well-established robust rank-like method can recover the power but does not fully control the familywise error rate in small samples.