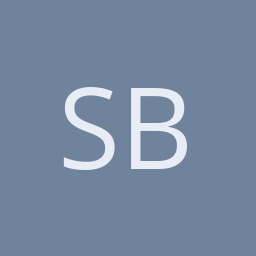 Big Bubble theory is a cosmological model where the universe is an expanding bubble in four-dimensional space. Expansion is driven by starlight and gravity acts like surface tension to form a minimal surface. This model is used to derive Minkowski’s spacetime geometrically from four-dimensional Euclidian space. Big Bubble cosmology is consistent with type 1a supernova redshifts without dark energy or expanding spacetime. A different origin for the cosmic microwave background is proposed. The size of the universe is estimated using Hubble’s constant and a doppler shift of the cosmic microwave background. A mechanism for Mach’s principle is described. Big Bubble theory is similar to Einstein’s 1917 cosmological model, which is shown to be a snapshot of a rapidly expanding universe in dynamic equilibrium, rather than a static universe. The orbital speed of stars in spiral galaxies can be reproduced with Newtonian dynamics and without dark matter. A quadratic equation is derived that predicts both faster and slower rotation than purely Kepler orbits, consistent with the behaviour of spiral and elliptical galaxies, and suggesting that spiral galaxies evolve into elliptical galaxies as they age. The Big Bubble physical concept provides a basis for some quantum physics phenomena.

Matching Supernova Redshifts with Special Relativity and no Dark Energy

This analysis shows that a special relativity interpretation matches observed type 1a supernova redshifts. Davis & Lineweaver reported in 2003 that a special relativity match to supernova redshift observations can be ruled out at more than 23σ, but MacLeod’s 2004 conclusion that this finding was incorrect and due to a mathematical error is confirmed. MacLeod’s plot of special relativity against observation has been further improved by using celerity (aka proper velocity) instead of peculiar velocity. A Hubble plot of type 1a supernova celerity against retarded distance has a straight line of 70 km s-1 Mpc-1 for as far back in time as we can observe, indicating that, with a special relativity interpretation of cosmological redshift, expansion of the universe is neither accelerating nor decelerating, and it is not necessary to invoke the existence of dark energy.

It's Time to Stop Talking About 'Time'

It’s been more than a century since Einstein’s special theory of relativity showed that Newton’s concept of time is incorrect, but society and science continue to use predominantly Newtonian language and thought. The words normally used to describe time don’t distinguish when time is a dimension, used for locating objects and events in spacetime, and when it’s a property of objects that can age at different rates. It is proposed to bring relativity’s terminology of coordinate time and proper time into everyday language, and thereby distinguish between ‘cotime’ (a dimensional property) and ‘protime’ (a property of objects related to energy). The differences between cotime and protime are significant and cotime might be a spatial dimension with units of length.